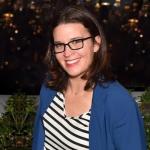 How to Be an LGBTQ Ally in Tech

If your grandparents are confused by that guy wearing a dress down the red carpet, remind them that style inclusivity is nothing new. What is new is our ability to actually see and hear otherwise taboo subjects. Like, if I were to go off my old history textbooks alone, I would have thought queerness was new. Girl, it ain’t.

One of my favorite literary goddesses is Willa Cather. I didn’t know until, like, three years ago, that most of her relationships were with women. (Thanks for nothing, AP Literature). Up until the moment of writing this, I also didn’t know Billie Holiday was openly bisexual. (Way to go, Music History 101).

Maybe it’s naïve, but I can’t help but think if we were taught that some of the world’s coolest, groundbreaking people were gay, then the antiquated perceptions about being gay would be pushed aside. It’s not just about slapping some sense into public perception; it’s also about demanding policies to protect any one and every one. In a 2017 survey of 2,000 tech employees, 20 percent who identified as LGBTQ were most likely to be bullied. If your workplace is mum on discrimination, demand better. Be an advocate.

WOMAN TO WATCH: Leanne Pittsford, Founder of Lesbians Who Tech

We let people get away with a lot of stuff, especially if we think our job—and more importantly, our safety—is on the line. But as we begin to understand that gender and sexuality are more fluid, it’s powerful to foster a safe space of like-minded folks. That’s what Leanne Pittsford did, and it has turned out to be a movement.

Leanne started what’s now known as the largest LGBTQ community of techies in the world: Lesbians Who Tech. Now, we know that the tech industry is one of the biggest boys clubs there is, so it makes sense that when Leanne launched the group in 2012, members felt like they belonged.

Now, 50,000 LGBTQ women and trans, non-binary individuals and allies are a part of the organization. Lesbians Who Tech hosts conferences that cover topics including how technology will shape the future, and how to advance your career. One person said the conference is like the famous TED conference, but with “cooler people.”

Listen to these stats. Generally, 80 percent of speakers are queer and half are women of color. But change doesn’t just happen in a conference room or event space. Through Leanne’s scholarship fund, a mentoring program called “Bring a Lesbian to Work Day,” and leadership programming, she’s proven she’s a natural-born entrepreneur who can use her influence for good.

Still, badass entrepreneurs like Leanne are just like us. She starts every day with a hot latte, followed by a packed email inbox and a full calendar of meetings. There’s the everyday drudgery that we all cope with, but there’s also an energy about Leanne and her work. She’s the person responsible for fostering a safe atmosphere, a learning and thriving space.

Leanne’s advice? Say yes, and then figure out the details as you go. Another thing? Don’t view your dreams as binary. When Leanne was 18, she thought social good was her calling. She thought the only path to social good was through nonprofits. But that changed: Now, she knows that by making business and tech more inclusive, she’s still changing the world.

"Take more risks. Life is about making choices. Say yes and figure out the details later. Saying yes when you think you can't is exactly when you should."

May 17 Emma González: Use Your Vote as Your Voice
December 14 Angela Ahrendts:
This Woman Makes Twice as Much as Apple’s CEO
September 29 Francesca Kennedy: Must-have Shoes That Support Charity
April 5 Nora Lum:
This Actress is Changing the Game for Asian American Women
May 31 Suzy Batiz: She’s the Queen of Thrones
March 16 Katerina Schneider: She’s Got Your New Daily Ritual
Home Woman to Watch Articles Videos About