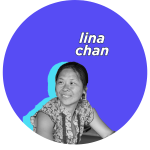 What is Implantation Bleeding?

Now that we have Google, answers are at our fingertips. Not necessarily legit ones, of course. CBS News shared the top trending health-related questions in the United States in 2018 and it’s illuminating. Raise your hand if you’ve typed any of these in: What is the keto diet? How long does weed stay in your urine? How long does the flu last? Why am I always tired? All the hands up for that last one, right? Another trending query last year was about implantation bleeding, which typically happens following conception. What this shows me is that women are smart. We’re not asking simple questions about the flu or a diet, we’re asking specific questions about a 2-week window of time.

If you’re in your 20s and 30s, you’re pregnant, your best friend is pregnant or your colleague is trying to get pregnant. You’re bombarded with baby announcements and gender reveals. This can be annoying if you’re childfree by choice and heartbreaking if you want to have a kiddo of your own. In the United States, 1 in 10 women ages 15–44 have difficulty getting pregnant or staying pregnant. This shows that age isn’t always a factor.

Infertility issues, miscarriages and other once-taboo subjects have entered the mainstream conversation. Well-known women like actress Gabrielle Union and singer Emma Bunton have shared their stories. Today’s Woman to Watch, Lina Chan, is by all accounts a remarkable person who knows all the things and can do all the things but still struggled with conception and pregnancy.

Lina can speak five languages and is truly a global citizen. Her parents are Chinese and Lina grew up in Brazil. She has volunteered in areas of marketing and microfinance. She studied international relations and economics at Brown University and eight years later earned her MBA.

Now, she’s the founder of Adia Health, a company that focuses on women’s reproductive health. This business idea grew out of tragedy. Lina was pregnant with her first child, Mia, when, at 25 weeks, Mia’s heartbeat stopped and Lina had to spend 8 hours in labor, all while coming to grips that Mia wouldn’t survive.

She’s since had three children and asks an important question: why isn’t there better risk management when it comes to reproductivity? Leaning on her academic and professional background in economics, Lina hopes that Adia Health will fill that major gap in care. Women can take an in-home fertility test, learn how to track your period and understand your fertile signs.

Women can also ask fertility questions that are answered by experts like OBGYN Dr. Jessica Farren, rather than those strangers in your favorite Facebook group. Knowledge is super important when it comes to getting pregnant but so is feeling at ease. After Lina lost Mia, she endured a miscarriage. She remembers the shame and guilt she felt. That’s why Lina also includes holistic approaches like meditation to take action on those damaging emotions.

That “blame” word is significant because, this isn’t all in your hands, ladies. Lina’s husband and co-founder, Tyler, shares his story of male infertility. If you are interested in getting pregnant, remember to build that support system, learn as much as possible and be as candid as you want to be. Chances are there’s another woman in the room struggling, too.

Literary storyteller Louisa May Alcott never married or had children but she raised her 10-month-old niece Lulu. Louisa said:

"Far away there in the sunshine are my highest aspirations. I may not reach them, but I can look up and see their beauty, believe in them, and try to follow where they lead."