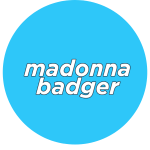 One of my friends, an Army vet, got upset over a commercial the other day. It featured veterans, so I was a little confused. She explained that it was cool to see these badass people on the TV, but she didn’t understand what it had to do with beer. Yep, it was a beer commercial. I’ve started to notice this more and more, haven’t you? Commercials seem and maybe are well-intentioned but then you realize they’re advertising…Botox or bottled water or speedy cash now. Cigarette companies in the ‘20s used slogans like “believe in yourself” to grab customers and in the ‘60s it was marketed as a sign of female liberation and independence. You’re a smart woman, so don’t be swayed by surface-level messaging.

Did you miss Lizzo’s epic performance on the VMA Awards stage? The uber-talented singer and performer has been on everyone’s radar for her zero-f’s-given attitude. Her level of self-love is infectious and something we need more of in the mainstream, when we’re constantly comparing ourselves to the latest Instagram influencer. In a study about magazine models, 69 percent of girls admit that they’re inclined to immolate models’ body shape. Just because it’s not on paper doesn’t mean it’s not happening—make sure your scrolling isn’t damaging your self-image, OK?

Madonna Badger is behind some of the most popular ads for women as the co-founder of Badger & Winters. Madonna grew up in Newfoundland, Canada and pretty much always wanted to get into advertising. She credits a 1970s Revlon ad for Charlie perfume, which featured confident, seemingly powerful women.

Her dream turned into reality. First stop: Calvin Klein. Madonna worked on campaigns for Marky Mark and Kate Moss, until she left to create her own agency. At the time, she was only 30. Madonna has gone on to make a name for herself as the female empowerment advertising agency.

But Madonna’s story has been marred by devastation. While she and her boyfriend were wrapping presents on Christmas eve, their three children and Madonna’s parents were sleeping upstairs. Then, the house caught fire. Madonna lost her parents and her daughters early Christmas morning. It’s something that has altered her perspective radically, and she admits, it’s something that she didn’t think she’d be able to endure.

But, Madonna did. Since then, she’s been devoted to her career. Madonna says that she’s always been a hard worker and returning to it gave her a sense of dignity. In 2016, Badger & Winters launched the #WomenNotObjects campaign. It started as a YouTube video, displaying the countless ads that consist of sexist undertones or overt objectification.

The video went viral and started a well-needed conversation about the ways in which society sees women. Newsflash: It ain’t good. Part of why Madonna and her business partner set out on this crusade was to call out the advertising agencies, because they do have the power to do better. She says that while women barely make up 10 percent of creative departments, men have the ability to change their messaging today.

So, how does one identify objectification in ads? Madonna uses four filters, as she calls them.

Props: does the woman have a voice or a choice?

Plastic: has the woman been retouched to the point where she reaches an impossible standard of beauty?

Parts: is the woman’s full body being shown or simply a part of her?

What if: if the woman was your mother, your daughter, or you, how would you feel about her representation?

September 4 Lauren Tracy and Greta McAnany:
Dear Netflix Lovers, This Lady-Run Media Biz is Coming for Ya
August 13 Kamala Harris:
How to Make Your Mark in the Senate
December 15 Hana Getachew: Dwell in Possibility
January 13 Karen Bantuveris: Sign Up for Success
June 2 Conni Reed: Get in a Tropical State of Mind
January 3 Padmasree Warrior, Fan Favorite:
One of the Greatest Contributions to the Future of Cars
Home Woman to Watch Articles Videos About