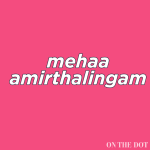 This 14-year-Old is Solving an International Crisis

We’re in the midst of plastic straw activism. Avoiding plastic is inherently a good thing, but straws aren’t making up nearly half of the ocean plastic; it’s fishing nets. The rest? Fishing gear, like the pots that collect blue crabs. Many fishermen and women don’t see much incentive in collecting stray gear because, well, they’ve got work to do.

Another thing that you might not realize is destroying our planet? Fashion, baby. It would take you three years to drink the amount of water necessary to make a single T-shirt. So what are we supposed to do? Say no to salmon and adopt a nudist lifestyle? Well, maybe. We can at least take a beat before buying something we don’t need. Our planet and bank account will thank us.

You know how you don’t know what you have ‘til it’s gone? (Like, I can’t find crispy M&Ms anymore, and I realize I took advantage of their delectableness). But seriously, one of those major things is water. We use it in all facets of our daily lives. It’s estimated that by 2025— in just six years—two-thirds of the population will be living in “water-stressed” regions. If you’re imagining a creek with anxiety, that term actually means that the water quantity and quality does not meet the needs of its area.

There’s no doubt that when it comes to a crisis like water population and stress, we need anyone and everyone to solve it; age doesn’t matter. At least not when it comes to Mehaa Amirthalingam. Her age is often the first thing shared about her story, and at just 14, it’s understandable why. But Mehaa is doing something great with her life, which stands all on its own.

Mehaa invented a toilet flushing system that reduces water consumption by using recycled and fresh water. She calls the device - which blocks fresh water to let greywater in - Arya, named after the first mathematician and astronomer of ancient India.

Mehaa got the idea for her creation after being drawn to science a couple years prior. Her dad’s office hosted a STEM fair and got Mehaa hooked. It occurred to her that there’s more to science than planets; that you could actually use it to help others and the environment. But the real moment Mehaa decided to act on her growing interest? The Cape Town water crisis.

In 2018, Cape Town, South Africa faced the most devastating water shortages to date. Dam water levels fell super low, requiring residents to line up for daily water. It’s a devastating reality that many don’t experience, and one that moved Mehaa to act.

Mehaa entered the Young Scientist Challenge hosted by 3M’s Young Scientist Lab, working over a summer with mentor Dr. Jen Hanson. Mehaa earned a spot as one of the finalists. Jen says she was impressed with this young inventor, and she hopes to mentor Mehaa long into the future.

The next step for Mehaa? She hopes to become a patent-holding engineer. Perhaps most inspiring, Mehaa is just one girl who will be the future of saving our world. Smarts combined with altruism creates refreshing results, don’t you think?

"Through the process of creating my project, I have found the confidence to continue inventing things that will better the world."