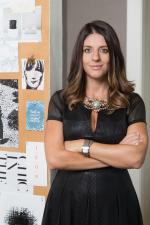 It seems like in practically every coming-of-age movie, there’s a scene where everyone at the high school shows up for a house party that inevitably looks like no real-life house party you’ve ever seen. In a movie, word-of-mouth is all that it takes for a bumpin’ shin-dig in Hollywood, apparently.

A couple years ago, an Oregon mom’s post about how no one showed up to her nine-year-old son’s birthday party went viral. I know I’ve been on both sides: both throwing a get-together and receiving several last-minute excuses, and being the person who makes up said excuses. Do you have a tried-and-true method for getting friends, family, heck anyone to show up to your event?

If you don’t think the party planner makes a mental note of you bailing on the day of a party, think again. We women never forget, am I right? Beyond bridal showers and birthday brunches, companies face the task of getting people to buy into their message ten-fold when they’re trying to market anything and everything. Advertising is key and can cost boatloads if you’re not careful. In 2017, the amount of money spent on advertising reached a booming $550 billion.

Today’s Woman to Watch, Maria Orozova, heads a creative marketing agency called MODintelechy. Her biz hit the news, as it's the result of a successful merger between her former design and marketing-driven company The MOD Studio and Intelechy Group, a company that provided data-driven marketing. Maria’s team at MODintelechy specializes in brand development, social media management and all the marketing juju in between.

This creative powerhouse has received nearly 70 awards for design and leadership. Part of her career growth comes from her devotion to philanthropy, as she spends much of her free time giving back to her community in her roles on an advisory board of The Art Institute of Austin, the Girls Empowerment Network and the Center for Child Protection.

Maria has traveled to 31 countries and counting. Her wanderlust seeps into her career, as she’s always open to learn more and do more. Having an open mind is pretty critical when you’re in an industry that’s evolving every single day as new technology and digital techniques emerge.

Maria says if you are a business and have a social media account, chances are you’ve been bombarded (and maybe suffocated) by the information of how to take your presence to the next level. It can be a lot to suddenly become a digital marketing mastermind if, say, you’re a florist or counselor.

Don’t fret! Here are a few easy ideas Maria offers as you explore managing your company’s online presence: Post on Facebook once a day, so you’re not completely absent, but also not spamming followers’ feeds. Don’t get stressed out trying to post on every social media channel. Identify how much time you have for posting and consider creating quality content on a couple platforms rather than all of them.

It’s not easy getting people to notice your content or come to your birthday party, but social media can sure help. Let Maria inspire you to give back and communicate genuinely, and see what magic happens for you.

I’m struck by something one of Maria’s former employees said about her. Orlando Villarreal, who is now the director of web and app development at Swyft, explains what leadership truly means. He said:

“There is a difference between a leader and a boss. A leader is one who listens, who doesn’t command. A boss is someone who leads from the back. A real leader goes head first into the fray with everyone else.”