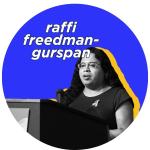 We’re covering complex subjects these last few days but in so many ways, it’s simple: we are all equal. Seriously. How simple is that? Today, we’re covering a badass transgender woman. The term “transgender” came about in the 1960s but honey, it’s nothing new. The Zuni tribe in New Mexico was one society that recognized a third gender early on, called Lhamana meaning “two-spirited.” 19th-century Zuni We’Wha was born male but the elders identified her as Lhamana. By all accounts, it was NBD to the tribe. She was the first Zuni to visit Washington D.C., where she met the President. Our history is rich with untold stories and the more I learn about them, the more I realize that the human spirit is what it’s all about.

Not every society was so accepting— several flip-flopped between acceptance and disdain. It’s no secret that the transgender community faces violence and other devastating discriminatory acts. When 28,000 trans individuals were surveyed in 2015, nearly a quarter said they’d experienced housing discrimination. Of those, 26 percent said they avoided shelters due to potential threats for being transgendered. When individuals feel safer on the streets than with a roof over their heads, it’s clear that something needs to change.

That housing survey about discrimination did show a positive impact, though. They received a response that was four times as much as when it was conducted six years earlier. Raffi Freedman-Gurspan was adopted from Honduras and raised in Massachusetts. She transitioned in college, with her mother’s support. In an essay in the book Transitions of the Heart, her mom recalls Raffi’s battle for housing amidst her transition. You know what also happened in 2015? Raffi made history as the first openly transgender staffer.

President Obama hired Raffi to act as the outreach and recruitment director for his personnel. Her resume spoke for itself, with work as a policy advisor for the National Center for Transgender Equality’s Racial and Economic Justice Initiative. She also acted as the legislative director for Rep. Carl Sciortino. Did I mention that this was all before hitting her late 20s?

Her former boss wasn’t surprised. He said she had always been a role model, known for her courage and skillful leadership. She developed a very cool interest in Norway and Scandinavia in high school and has since become fluent in Norwegian. It’s something that explains Raffi so perfectly—she puts her heart into whatever she does.

When Raffi’s stint in the White House came to a close, she returned to the Justice Initiative as their director of external relations before taking on the role of deputy director at All On The Line. It’s an organization focused on ending gerrymandering and honoring fair districting practices. It’s not easy but has that ever stopped Raffi before? Heck no.

"I've never been interested in being invisible and erased."