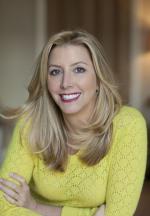 How to Make the Most of Your Morning Commute

One of the biggest myths about women, IMO, is that we make choices based on what others might think. This is particularly true when it comes to how we look. Every single person, at one time or another, puts something on and wonders if so-and-so will like it. That’s a universal thing: Guys weren’t popping their collars because they liked the feel of a Lacoste wall around their neck, OK? But here’s some truth for you: We ladies wear stuff, put on stuff, do stuff just for us. Gasp! Whether it’s a gel manicure or a cheetah-print leotard or a little Botox, each of us is strong and capable of making choices because, well, we can.

That brings me to underwear, because the weirdness of the word “panties” is the equivalent to the weirdness of the word “moist” in my book, and I’m not having it. So, undies and bras are those things that we deal with on a daily basis, unless going full-blown commando is your style (which I applaud). While many women have nabbed a silky, sexy set, 7 out of 10 women still go to their old favorites. They might be discolored and frayed, but they’re your standbys and they do their dang job.

If you’ve binged on any Real Housewives franchise, you’ve heard one word time and time again: Spanx. While you’ve heard of the product and maybe have even squeezed yourself into something like it, I’m guessing you don’t know the story of how it all began.

Sara Blakely started it all. She used to be a fax machine salesperson, going door to door, with what I imagine to be very exciting, new technology. After work, it was time to party. It was 1998, and Sara threw on some cream-colored pants (which makes me nervous just mentioning.) In addition to not spilling anything on said pants, Sara needed to wear some underwear that made her booty look seam-free. Being the hustlin’ lady she was, Sara made her own shapewear out of control-top pantyhose. That, my friends, was the beginning of Spanx.

She used $5,000 to invest in the idea and first sold Spanx on the sales floor of Neiman Marcus. Now, she’s worth a billion bucks. That’s a whole lotta Spanx. Sara still has receipt of her first sale: 15 dollars. In 2000, Oprah added Spanx’s footless pantyhose to her favorite things list.

A couple decades later, Sara’s the smart chick behind dozens of products, from denim to swimwear. One key choice that Sara made that has created such a cult following is fitting everyday women in Spanx’s products. The difference between dimensions on a computer or a lingerie model and a real woman is significant.

One little routine that Sara says gets her creative juices going is going on a “fake commute.” Seriously. She lives near her Atlanta office, so she’ll drive around aimlessly before getting to work. After all, it was in the car that she came up with her company name. It’s concepts like these that made Sara a self-made billionaire and a guru to many.

If you groan at the idea of driving, simply pull out a notebook and write down any and every idea you have. Sara has what she calls an “idea book” that’s full of nearly 100 pages. Of course, it’s never just one singular concept that keeps a company thriving. Sara says to “hire your weaknesses,” AKA those things you aren’t good at.

"I pledge to invest in women because I believe it offers one of the greatest returns on investment."

December 3 Greta Thunberg:
I Want to be Greta when I Grow Up
March 30 Jane Zelikova and Kelly Ramirez: She’s Empowering Women in Science
February 7 Steph Speirs: How to Lower Your Electricity Bill
February 28 Ayanna Howard:
Robots are the Future of Learning
October 24 Kate Biberdorf: Fun With Science
March 6 Cathy Engelbert: She’s Right on the Money
Home Woman to Watch Articles Videos About