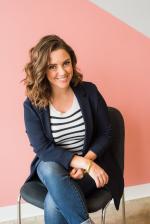 Why No One is Visiting Your Business

FIRST THOUGHT: Change for the Better

I’m here to bust the myth that you should be doing the same thing for the rest of your life. Every single 18 year old I’ve spoken to believes this myth; they feel the pressure to pick a major before their first day of college and know what they want to do with said major by the second day of school. As it turns out, though, having an open-minded approach to your career is never not a good thing. Even if you do stay in the same industry for decades, cultivating an open mind could lead to saying “yes!” to more opportunities that drive your career toward places your freshman self could have never predicted. Be honest with yourself about what you could be a little more open about.

Don’t let your Uncle Roger tell you that back in his day, people stuck it out in the same company for half a century. The numbers show that people born between 1957 and 1964 had an average of 11.5 jobs between the ages of 18 and 48. Men and women averaged about the same number of job changes, despite the fact that women would often take time off to raise kids. Another article published by The New York Times in 1973 reported that women accounted for two-thirds of the increase in people who were employed in the 1960’s. (These women were taking some pretty surprising occupations too, like funeral directors and bartenders.)

Another myth is that you should have it all figured out, all the time. Well, the most seasoned boss ladies will call BS on this myth and tell you to recognize when you need help, then get it, girl. Today’s Woman to Watch, Baily Hancock, might just be one of those helpers that you never realized you needed.

A collaboration consultant, podcaster and workshop instructor, Baily has got an ease about her that’ll immediately calm your nerves. Baily has been a leader since the early days, as demonstrated by her roles in her high school’s student government, and her college’s Voices for Planned Parenthood group. Baily studied event management at the University of Florida, but it quickly became apparent that her ability to adapt and collaborate would allow her to cross industries.

In what Baily calls a quarter-life crisis, she moved from coast of Florida to the coast of California, and spent about a year bartending and serving while trying to figure out her next move. Then, she filmed a web series, even learned how to trapeze and continued to experiment both personally and professionally.

All of Baily’s adventures culminated in her decision to launch a course called “The Career Experiment.” Immediately after launching it, she had just one—yes, one—student sign up. Bummer. With failure comes a lesson, and according to Baily, she learned plenty by failing. Baily recollects that even though she nailed the material aspect of the course, she didn’t dedicate as much time to promoting her product. She notes you shouldn’t assume the flocks will be rolling in just because your content is kick-ass.

So, Baily used her disappointing experience as motivation and pushed even harder to promote her second course, called “The 1-Year Career.” Both courses have now garnered plenty of graduates, who have praised Baily’s ability to help both articulate what they wanted for the future, as well as create actionable steps to make those things happen.

According to Baily, most of her teachers praised her good grades, but they also admitted she talked just a little too much. It turns out talking too much is a good problem for an entrepreneur to have, and an even better one for a podcaster. What’s refreshing about Baily’s career advice is her honest and positive approach to helping and connecting people: While she admits running your own business isn’t just hard, but also lonely, she advises women to combat this loneliness by collaborating with one another.

We’ll close today with a quote from Baily Hancock, who always says exactly what we need to hear:

"Failures always roll deep with lessons, so if you're going to fail (which, spoiler alert, you will) you may as well leverage the lessons that come with it."