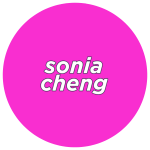 The Secrets of Luxury Hotels

As I was looking for hotel rooms the other day, I realized just how different the experience is now compared to even five years ago. From reviews to websites to social media posts, there’s so much out there that it can get overwhelming within seconds. The best way to handle the chaos? Figure out what your non-negotiables are. According to TripAdvisor, the most complaints are about four amenities: air conditioning, parking, Wi-Fi and breakfast. Call the hotel and ask when it was last updated and if there’s currently any construction. Drywall dust won’t look cute on your kaftan in the Florida Keys, am I right?

Are you the vacation planner or hotel booker in your household? I polled my gal pals who said yes, of course they are. Why, then, are women not represented in leadership positions within the hospitality industry? Let’s take a look at hotel CEOs. The ratio is reportedly 21 to 1, meaning that for every 21 dudes at the top, there’s one lone woman there too. Unacceptable. Zero stars. Would not recommend.

Unless you’re spending the night at a B&B, it’s nearly impossible to figure out the leadership at a hotel. Everything seems to be affiliated with a larger corporation or, you know what, I’m already exhausted trying to find a room with a king-size bed, so who has time to figure the rest out?

Sonia Cheng is a woman leading a hotel revolution and you’ll probably add one of her spots to your bucket list. It’s not hard to notice that these destinations were cultivated and designed with a millennial woman in charge.

Sonia’s grandfather and father were integral in constructing the Hong Kong property boom in the 1970s and 1980s. She was born into a $20 billion family, eventually going to boarding school in the United States. There was no question that Sonia would be a part of the hotel side of things. She studied math and economics at Harvard, so she had no problem calculating the ROI when it came to updating and revamping the hotels.

Eventually, she took the reigns as CEO, despite many assuming she’d be a “flash in the pan.” Make no mistake about it, there was a bit of a learning curve. Whereas many hoteliers study the industry before jumping in, Sonia had to teach herself everything from the smallest details to the big concepts.

Sonia’s efforts paid off when she acquired the well-known luxury hotel brand called Rosewood. Her mission was to unite its 18 hotels into an international brand. Her first big move was to launch a new $100 million hotel in London, despite skeptics wondering why it wasn’t rubbing elbows with other luxury hotels. Spoiler: they were wrong.

Another hotel Sonia reinvented was in Beijing. She startled the hotel industry by featuring a traditional hot pot restaurant, but one with luxurious ambiance and prestige. Her instincts are critical to her success. Sonia has tapped into the next generation of travelers who want a unique, intimate stay coupled with an ode to a destination’s food culture.