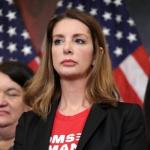 Join the Millions of Moms Fighting Back

Women are twice as likely as men to be diagnosed with an anxiety disorder. Living with anxiety can range anywhere from irritating to debilitating. There’s a little phrase that has helped me through anxious moments: action over anxiety. If something can be done in a situation, do it. We can get so caught up in our dangerous internal dialogue that we have trouble snapping out of it. If the breaking news has you worried, find a way to help; a way to act instead of worry. Find your safe space, take some deep breaths and decide what to do next.

Horrific world events can be triggering, so let it be known that it’s OK to take a beat, watch a cat video and find some zen. Today, we’re talking about gun violence. It’s something that most of us have gotten used to by now. But it hasn’t always been this way: In 2018, nearly 40,000 people died from firearms in the United States. That number is the highest it’s been in five decades.

Remember, action over anxiety. Shannon Watts is someone to look up to in this era of gun violence. She’s the founder of the nonpartisan organization, Moms Demand Action for Gun Sense in America. It’s a role I’m sure she wishes she didn’t need to start in the first place.

This mother of five started the organization following the mass shooting at Sandy Hook Elementary School in 2012, which resulted in the death of several young kids..

As Americans mourned the startling tragedy, many - including Shannon - took to social media. She started a Facebook group to discuss how we, as citizens, can reduce gun violence. The conversation continued in and outside the group, evolving into a movement. In those early days, Shannon had fewer than 100 Facebook friends, but she has managed to now stir up a rousing 4.5 million supporters.

Moms. Get. Stuff. Done. Shannon says that’s why moms are the best activists; they can multitask well. Now, Moms Demand Action has a chapter in every state. One of Shannon’s proudest achievements is that 25 states have passed legislation to disarm domestic abusers, thanks to her and her team.

But make no mistake about it; this movement isn’t happenstance. While at the time of creating Moms Demand Action, Shannon was a stay-at-home mom. She harnessed 15 years of experience as a communications executive - a position that set her up to brand a clear, direct message that has appealed to mothers from all walks of life.

One of the ways in which Shannon and Moms Demand Action have challenged the status quo is by debunking myths. One such myth is that background checks don’t deter gun ownership when in fact, since the mid-90s, more than 3 million folks have been denied ownership.

Shannon urges you to discuss the tough topics of guns and violence with your kids. Take the fear out of the unknown. Ask babysitters or friends if guns are secure in the home before a sleepover or play date.

Being a working parent isn’t simple stuff. Shannon has used the same virtual assistant for a decade, one that figures out the logistics of any problem or project. Take Shannon’s cue and ask for help if you need it. If you’re in a position to be a part of a movement or build your own, take action.

"What I do for my work is exactly what I would do if nobody paid me."