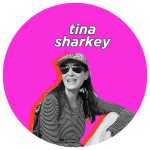 The Woman Behind Brandless

FIRST THOUGHT: Why pay more if it's the same thing?

I remember a girlfriend telling me she was headed to a fancy-schmancy event. She grabbed some snacks from Aldi, the discount grocery store. I was amazed at her cavalier approach. Wouldn’t she be worried that it didn’t match the allure of the party? Afterwards, she called me laughing. “They thought it was all gourmet because they didn’t recognize the brands!” Today, forget the anxiety that might come from being around someone new or someone you want to impress. Pull out your budget Cheetos and feel like the audacious goddess you are.

Every trip to the grocery store results in a painful “ergh” as the cashier hands you the receipt. It always ends up adding up to significantly more than you anticipated, even if you have coupons and apps and that clever cheapskate charm. The consumer good industry is a $600 billion one and I’m sure that time I accidentally bought $14 maple syrup contributed to it.

You’ve heard of this brand and it’s meta to even say because the brand is Brandless. No seriously. That’s what it’s called. Tina Sharkey created Brandless with a simple idea: nothing over $3. Yeah, right, the haters wondered. Yes, please, us consumers thought.

Brandless has boomed, extending its offerings and overall price point to a whopping $11. By offering hundreds of generic products at affordable prices, it’s become the e-commerce site that’s a go-to for peeps on a budget. Tina says she created it with her values in mind. The company now has a partnership with Feeding America. Tina suggests building a positive company culture by writing employees thank you notes, you know actual pen-to-paper notes.

Tina helped develop the online community BabyCenter and iVillage. She serves on the board of an organization devoted to providing families in need with essentials, called Baby Buggy, as well as being a board member of Brit + Co and Ipsy.

Tina made a big move recently when she decided to step down from her role of CEO. Can you imagine creating a company and then having the humility to know that your energy would be better spent in a different role? It requires a whole heck of a lack of ego and is admirable.

Brandless operates without a sheen of marketing, and it’s refreshing. As Tina puts it, lentil soup is called lentil soup. It’s not called some warm-and-fuzzy, market-tested name. That might be one way they keep costs low, because they let the proprietary products stand for themselves. That kind of integrity is a characteristic of Tina, who makes it clear it’s essential for her company.