The Motivated Millennial: Why Social Media is Paralyzing Us and Keeping Us from Reaching Our Dreams 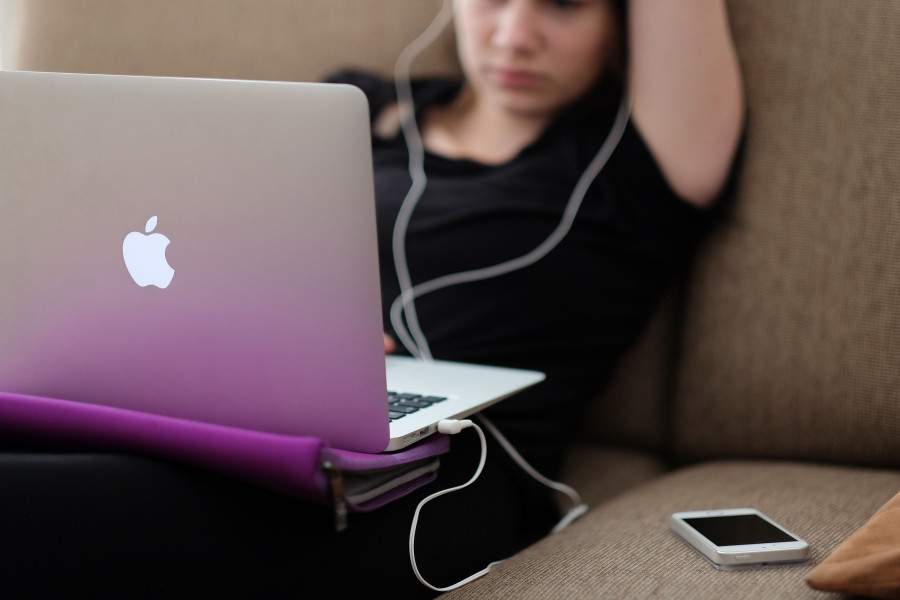 I was in New York this past weekend and got the chance to grab Indian food with my friend Kate. We began discussing our futures and the things we want to accomplish.

“I feel paralyzed by all the ideas spinning around in my head,” I told her, while stress-stuffing garlic naan into my mouth. Kate nodded in compliance.

The thing is, growing up, I’ve always been pretty clear on what I want for myself. But when I look at what other people are doing online, I begin to second guess myself.

The next day, Kate ended up sending me an email with a link to sign up for a writer’s group, which I was super, super grateful for. (It was her way of being, like, "Hey, friend! I'm here to hold you accountable.)

I think a lot of millennials feel the same way I do: We’re have the chance to pursue a range of opportunities, but we’re often scared to, and if we don’t have the resources to go it alone, we’re embarrassed to ask for those resources. It isn’t just about the fear of pursuing a venture solo, though; it’s about trying to figure out which opportunities are even worth pursuing.

What is Information Literacy?

In 1964, political science professor Bertram Gross defined information overload as occurring “...when the amount of input to a system exceeds its processing capacity.” He went on to say that people who make decisions (us humans) “have fairly limited cognitive processing capacity,” and that when we’re overloaded with information, the quality of our decision-making decreases.

Now, while that theory came about way before I was born, it couldn’t be truer than it is now. Because now, we have Instagram and Facebook and Twitter and Snapchat and (am I missing anything? Probably.) giving us ideas on what to make of ourselves. And while inspiration is always good, in this case, it can actually backfire and confuse us.

When we're inundated with information we don't need, we can't make good decisions.

The Actual Effects of Information Overload

Information overwhelm/overload can be applied to pretty much anything we use for technology today. Take, for example, Tinder and other dating apps: How many times have you felt so inundated by the amount of eligible single guys out there that you just put down the phone, give up on swiping and go out with your girlfriends, instead?

C’mon, admit it! You low-key hate having so many options (but you'd never admit it) because no one is ever good enough; there’s always something bigger, better, shinier around the corner.

A study published in Business Insider confirms that while people think they may like to have more choices – whether in career or in love – they actually become more stressed when they have to make a decision from an abundance of choices.

Yes, folks, too much of a good thing isn’t always a good thing: That’s why when you’re looking at limitless manifestation of success online – the girl who makes a living promoting brands on Instagram, or the other girl who’s made a six-figure salary for herself by building a business on her Facebook page – and you think, “Hey, I could do either one of those, or both!” you find yourself stressed because then, you’re like, “Well, just because I can do it doesn’t mean I should…But should I?! My friends have success doing it! Should I?!?!?

Deactivate your social media accounts. This one may seem pretty obvious, but it’s the most logical solution. You don’t have to do it forever, but a temporary detox may help you get back on track when you feel like you’re stuck AF.

Follow more people in your desired industry. I don’t know about you guys, but my social media feed is literally cluttered with accounts of people that have, like, nothing to do with anything.

Like, do I need to be following a million fitness influencers when I’m totally happy with my workout routine? Probably not. Do I want to? You betcha. Still, that probably isn’t doing much for my productivity or mental well being. So stop following accounts that make you feel bad about yourself and start following more people doing what you want to do! (I’m a total hypocrite and should probably take my own advice…)

Write down your goals and become an expert at being informationally literate. …so you don’t lose sight of what’s important to you. When it’s so easy to get lost in the noise, looking at the goals and aspirations of other people posted on the Internet, it becomes of the utmost importance to be clear on what you want so you can hold yourself accountable.

...But if you can't hold yourself accountable, have one (or more) friend(s) to keep you accountable.
Let your friends know you need to be held accountable to what you say, the way I did with my friend Kate. Otherwise, you’re just talking out of your butt, and no one likes a talker.

Because, hey, I get it: Sometimes it’s just really freakin’ overwhelming to ask for help.