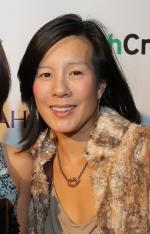 I read a tweet the other day about how diamonds aren’t a girl’s best friend just because they’re shiny; since women couldn’t own much back in the day, owning diamonds was a way to have some money in case they had to make a run for it. Who knows how accurate this is, but it makes sense, right? In the early days, women couldn’t inherit a single thing from their husbands unless it was a gift.

Jewelry’s a pretty stellar gift, right? Women are smart as hell, y’all. Whether you’re stockpiling emeralds like your great-great-great grandmother did or you’re investing that side hustle money, give yourself a pat on the back today.

WOMEN IN NUMBERS: Every Hour

Your job might be to make actual investments beyond a crown jewel or two. Investing money isn’t anything new, and investing in someone else’s dreams has long been the bedrock of companies. Every hour, a venture capital investment is made, even on holidays like Christmas and Yom Kippur. People are making, getting and losing money as I write this.

Now that we’re not trading tennis bracelets for horses or whatever, there are more opportunities for women to be in the finance world. One of those women is Aileen Lee, a venture capitalist and one of TIME magazine's "100 Most Influential People of 2019." Her career has been shaped by keen investments and savvy business prowess.

As the founder of Cowboy Ventures, Aileen’s years of experience have culminated into a successful company of her very own. Back before the millennium, Aileen worked at a venture firm called Kleiner Perkins Caufield and Byers, and she’s also been in various roles at notable brands like Gap and Odwalla.

The first business Cowboy Ventures invested in was called Dollar Shave Club. If that company sounds familiar, it’s for good reason. It had a billion-dollar exit in 2016, and has been followed by other well-known companies like Brandless and an On The Dot favorite, Brit + Co.

People call Aileen a “unicorn.” (No, that doesn’t mean she’s got an iridescent manicure and rainbows in her email signature). She’s someone whose startup is worth a cool billion bucks.

It’s no secret that women-led venture capital firms are still few and far between. So what was Aileen’s reaction to a lack of female representation in this field? Starting a support group of course, but one that’s a little more structured than a monthly meetup in the corner spot at Starbucks. Called “All Raise,” Aileen’s nonprofit supports women venture capitalists through office hours and community events. More than 30 women joined forces to launch the initiative.

When she isn’t investing, Aileen hangs out with her kiddos, bees and chickens. She married her husband, whom she describes as a “series A stage co-founder.” (Classic venture capitalist, am I right?) Aileen’s rise to unicorn status might just be the kick in the booty you need to work a little harder today.

"If you can't invent the future, the next best thing is to fund it."