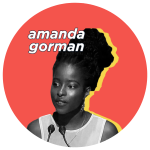 FIRST THOUGHT: A Poet and I Know it

“Bridegroom, dear to my heart; goodly is your beauty, honeysweet.” That’s the start to the oldest surviving love poem, written on a tablet in what’s now considered Iraq. Historians think it was recited by a bride to a Sumerian king in 2037 BC. Now, it’s no Taylor Swift song but imagine how long it would’ve taken to come up with the words in those early days of language and find that dang tablet somewhere in your mud brick home? Oh yeah, and have it be something recited for the rest of time? No pressure, lady. If you’re looking for love, remember this poetry the next time Elijah is trying to slide into your DMs with some suggestive emojis at midnight.

Poetry used to be kind of like Hallmark cards, you could use others’ words to express how you really feel to a potential suitor, or heck, an enemy. Back in the 18th century William Blake wrote “A Poison Tree” about revenge and murder, so feel free to send that to your next door nemesis. Poetry’s taken a bit of a backseat, with only 12 percent of adults in 2017 admitting they read poems. The good thing? That’s the highest yet in the last 15 years.

Love poems were a serious driving force, but I tend to think now, now we want something rooted in social commentary. Amanda Gorman is a poet exploring the art form through a different lens. She’s the first person in the United States to be designated the Youth Poet Laureate.

Amanda’s high school teacher gave her some interesting advice to not let school hinder her education. What her teacher meant was to always be learning, inside and outside the classroom. The thing is, Amanda didn’t need that advice; she was already doing it. By the time Amanda could drive, she became a United Nations youth delegate.

Activism is in Amanda’s blood, specifically through language and literacy. She credits her mom, an English teacher, for inspiring Amanda and providing the tools and patience necessary to develop her unparalleled literary voice. As Amanda entered Harvard, she came to realize that fighting for one’s beliefs and writing creatively weren’t adversaries. Amanda could do both. And that’s just what she’s been doing.

During Obama’s presidency, Amanda read from her first published poetry collection. While literacy is Amanda’s main passion, her writing dives into LGBTQ rights, climate change and other complicated and urgent issues.

Her poetry has seeped into the mainstream in unexpected collaborations, like with the Boston Pops Orchestra on CBS This Morning. In an effort to bring activist poetry to the masses, Amanda recently secured a two-book deal with a publisher, the first of which is a children’s book called Change Sings: A Children’s Anthem.

There’s no telling what Amanda what will do next but she’s certain that we all need to save the date for the year 2036. That’s when, Amanda says, she will be running for president.

Let’s conclude with a quote by our Woman to Watch, Amanda Gorman:

"Being able to communicate - not just the science and the facts, but also the artistry and the humanity - it gets to people in a way that I think is unique, to try to get people not to feel scared but to feel prepared to become agents of change."