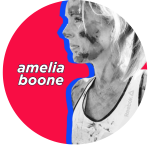 So, You Broke Your Femur…

FIRST THOUGHT: The Queen of Pain

One of my girlfriends had a ridiculous meeting with a lawyer— think Saul Goodman mixed with a little bit of Gomez Addams (yeah, he was an attorney). She didn’t realize that she was interviewing him for the gig and hadn’t prepared. Unless you’re behind bars (hey, no judgment), here are some tips before your first meeting with a lawyer: What experience do you have related to my project? How much time and how much money? Have you been accused of misconduct? What type of communication do you prefer? Do your research before forking over a single cent. You’ll thank yourself later.

In many countries, you can study law straight out of high school. That’s not the case in the United States. Law school in Australia is crazy competitive, with some requiring the admission test, ATAR, scores to be at 99.70. Out of 100. Yeah. Higher education is crucial for plenty of careers, obviously, and women seem to know that. Businesswomen are 16 percent more likely than men to have higher ed.

Let’s talk about the “Queen of Pain.” Her name is Amelia Boone and that’s definitely her nickname. Amelia is one of those women who has lots of interests and is actually really, really good at all of them. She’s a full-time corporate attorney and also a competitive runner.

Amelia says that having both the mental and physical sides stimulated is what makes her feel complete. After finishing law school, before she hit 30, Amelia took up running. For the first five years of her career, Amelia worked at law firms before becoming a corporate lawyer for Apple. Her colleagues convinced her to participate in the Tough Mudder race and since then, she’s been lapping women and men. The latter took a while to get used to it. Being passed by a woman, AKA getting “chicked,” bruised a few egos, but Amelia says the male-dominated sport is improving.

Amelia admits that achieving such greatness comes with a price. She’s won a handful of obstacle race world championships and dozens of other awards. For Amelia, rest was for “weenies.” Well, that was her belief until during one run just like any other, Amelia broke her femur, the longest and strongest bone in the body.

The day after her diagnosis, Amelia was back at it—swimming laps in the pool, exercising with crutches, anything but stopping. She refused to ask for help or lean into the healing that she needed. It’s something Amelia regrets. Six months of zero running turned into 12 following another fracture. Amelia says that’s when she surrendered.

“No number of wins on earth would make me happy. I was missing the point all along—to embrace the things that truly brought me joy: the pursuit, and the sharing of that pursuit with others.”