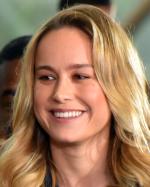 The Actress Dishes on Advocacy and American Girl Dolls

When you were a teenager – you know, when the hormones were flowin’ and the moods were swingin’ - who was the actress or character you most identified with? For millennials, it might’ve been Clementine from Eternal Sunshine, or Kimberly from The Parkers.

On the red carpet, actresses appear stunning and charming in an effortless way. Whether you’re 13 or 33, it can be very appealing to wish you were in her $4,000 shoes, right? I mean, I’d look pretty good with a Birkin bag on my arm. But it isn’t all couture and easy living. When an actress does finally get her big break, she has to pay her agent and manager a sizeable percentage. As one actor notes, don’t forget about the parking tickets for those auditions that end up taking two hours. Does it all still seem glamorous?

One of my favorite TV moments is when Ruth from Glow reads the man’s part of the script during an audition. When the casting director points it out, Ruth acts like it was a mistake, but they both knew it wasn’t. Female parts have been notoriously low-barred stuff: secretaries and mistresses and silent, sexy backdrops. In 2018, 31 percent of the 100 top-grossing films consisted of female protagonists, a record historical high. Let’s try a cool 50 percent this year, Hollywood.

We’re talking about Brie Larson today, and before you stop and think you know all about this actress, let me just tell you that her given name is Brianne Sidonie Desaulniers. So, keep listening, y’all. Brie became a household name following her Academy Award win in 2016 for the highly recommended film Room. (You won’t look at an area rug the same, folks.)

Brie’s stage name was inspired by her favorite American Girl doll, Kirsten Larson. Her first acting job came when when she was 7 or 8. Wearing a plastic choker and spaghetti strap shirt, Brie starred in bits on Jay Leno in which she did fake commercials. Fast-forward and she starred in another incredible movie called Short Term 12.

It’s been a while since those days, and now, Brie’s making headlines as the star of Marvel Studios’ first female-led superhero film, Captain Marvel. Written and directed by a woman, the movie has been well received, making more than a billion bucks. It’s two hours and three minutes of galactic warfare and brazen moments.

As Brie has risen professionally, she’s chosen to use her fame to propel her advocacy efforts. Last year, Brie joined dozens of other actresses in speaking up for the #TimesUp movement. In a recent Marie Claire article, Brie talks about how she has learned to shape what her press tours look like. After talking to a few women of color in the press and realizing they don’t have as much opportunity in Hollywood, Brie took initiative to increase inclusivity.

Chances are you’re like me and have never thought about who’s conducting the interviews - but Brie has, spreading opportunities for those who don’t have them. She’s using her platform of privilege to lift up other women, and that’s what it’s all about.

"Maybe you're not perfect, but you're willing to actually look at yourself and take some kind of accountability. That's a change. It might not mean that you can turn everything around, but I think there's something incredibly hopeful about that."

June 7 Patti Rogers: Streamlining and Simplifying
March 17 Melissa Proctor: She's in a League of Her Own
February 4 Nicolette Mason
May 13 Shannon Watts:
Join the Millions of Moms Fighting Back
August 17 Michelle Phan: On Feeling and Looking ‘Phantastic’
March 1 Maria Qamar:
The Instagrammer Challenging Her Cultural Expectations
Home Woman to Watch Articles Videos About