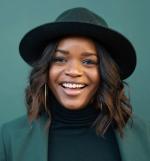 How to Be An Activist in Your Community

FIRST THOUGHT: The Most Noble Profession

A few months ago, TIME magazine ran a devastating story featuring what it’s like to be a teacher in the United States, where the average salary is 20 percent lower than other professions that require a college degree. One Kentucky teacher works two extra jobs and donates plasma to pay the bills. Not only that, but educators endure plenty of verbal abuse and property damage, too.

Still, teachers teach, molding young minds and shaping kids for the future. They eat school cafeteria food and stress out about standardized testing. Today, we thank the good teachers out there. (For me, that was Mrs. Evans in first grade.) Which teacher deserves your applause?

We’ve seen enough movies where the teacher intends to save the class, but the class ends up saving the teacher, instead. (Insert Coolio’s song for Dangerous Minds). I definitely thought school would be like Dead Poet’s Society with a fun dash of Kindergarten Cop. The truth is school is hard, y’all. Most of us wouldn’t last a week without the class clown making fart noises every time you turn around. That’s why it’s so common for teachers to resign; in fact, 50 percent of American teachers are out the door by their fifth year in the classroom.

So why do teachers do what they do every day? They do it for those magical moments in which Oscar learns his ABCs and Kinsley nails her multiplication tables. Those moments are what today’s Woman to Watch, Brittany Packnett, hopes for as Teach For America’s Vice President of National Community Alliances and Engagement.

You would probably recognize Brittany’s voice on Pod Save America, a podcast that explores news, culture, social justice and politics. A former teacher, Brittany believes education is a right, not a privilege. In disenfranchised communities, schools are often underfunded and underequipped. Educators do the best they can and students try their hardest, but when the budget doesn’t allow for basic necessities, everyone’s left behind.

That’s where Teach For America comes in. It’s been nearly three decades since the organization began. Brittany remembers its rich history, and in her current role, she works to enlist and mobilize partnerships with neighborhoods that need them the most. Particularly, she reaches out to children of color in Washington DC. Though our nation’s capital fills its littlest citizens with the promise of a better life, it’s that same city that is rampant with violence and strife.

Brittany is just the woman for her job. As a toddler, she went to rallies with her parents. Her late father was the pastor of a historically black church in St. Louis and her mother is a social worker, so giving back is in her blood. Following in her parents’ heroic footsteps, Brittany helped lead one of the Ferguson protests following Michael Brown’s murder. In college, she studied the past and present of African and African American studies. That focus, combined with legal studies and her current fellowship at the Institute of Politics at Harvard, has geared Brittany toward a life of passion and purpose.

The work Brittany takes on is heavy. She’s been open about her daily struggle with depression and she makes it a point not to attend every rally, to turn off the news sometimes and take digital breaks. Those little acts of deliberate self-care sustain her. After all, when your work is so heavy, you’ve got to make sure to take care of yourself before you take care of others.

If you want to change the world, you’ve first got to identify your life’s purpose. Check out Brittany Packnett’s four tips on how to identify your purpose by clicking here or, if you’re listening via podcast, head over to OnTheDotWoman.com!

"We have a world to conquer...one person at a time...starting with ourselves."