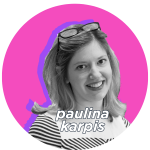 You Need this Adulting Checklist

Do you ever feel like technology knows more about you than you know yourself? I couldn’t sleep last night, so I did what every professional advises against: opened up Netflix. There were the usual customized categories, but imagine my surprise when the “Reluctant Adult” category emerged. I had a legit feeling of being punched in the stomach. I’m an adult, damnit. Maybe I am, but I clearly like watching stories about grown-ups not being grown-ups. Here’s an adulting checklist, in case you fall under this category: budgeting, getting your car inspected before your tags expire, see a doctor about that weird rash, make meals at home and being on time for appointments. Congratulations, you’re a big girl now!

Ever roll into the office five minutes late, except it’s actually 15 minutes late and you do it at least twice a week? Yeah, not cool. That kind of thing went unnoticed as an unpaid intern, but not as a full-time future CEO, you know what I’m saying? Thankfully, most of us have jobs that can allow us to do those adulting things, with the unemployment rate sitting at a mere 4 percent. A steady job can make us feel stable and secure. That’s the perfect recipe for #AdultLife.

As millennials gain their footing in the adult world, they’re still often described in an unpleasant way. They like brunch with bottomless mimosas, and they don’t like to work very hard. That’s the stereotype at least. Paulina Karpis likes brunch, but like the millennials around her, she’s got game changing ideas. She’s acting on them, too, with her recent launch called Brunchwork.

Paulina studied economics and worked for JPMorgan for a handful of years before unveiling Brunchwork with her cofounder. The concept is this: millennial entrepreneurs and future thought leaders and executives need a place to connect online and offline. So far, Brunchwork has worked with thousands in New York, San Francisco and Los Angeles, to provide powerful career tools like mentorship.

During her time at JPMorgan, Paulina helped shape its Broker Relationship Management program. She thought about pursuing graduate studies in business to further her career trajectory. Instead of racking up student loan debt, Paulina used the tried-and-true method of learning by doing.

She combined her peers favorite ritual: brunch. Except this would include in-person workshops with speakers alongside pancakes. Paulina sold tickets and offered a yearly subscription, that way she’d be able to afford said pancakes and speakers. It worked.

What appeals to so many about Brunchwork is its inherent exclusivity. Members are invited and in the beginning, there was only a list of 30. Now, its membership has grown in the thousands, with rising leaders in companies like Google and Classpass. Brunchwork is more than frittatas. It’s an inclusive community that offers warm introductions, customized learning plans and curated groups.

As we’re all still reeling from the Women’s World Cup win, Paulina offers some ways in which we can adopt a similar mindset as those champion athletes. First, train for it. That means recognizing your failures, owning up to them even. Second, find a coach. This will be the person or people who call you out on your BS and see your blind spots. Lastly, don’t let your competition shape the goals of your brand. Focus on your customers, your clients, your biz.

July 17 Nancy Pfund:
Why You Should Invest in Causes You Care About
January 13 Karen Bantuveris: Sign Up for Success
June 28 Sara Ahmed:
I’m a Feminist Killjoy. Are You?
December 31 Arlan Hamilton, Fan Favorite:
How to Get Unprecedented Access to Funding
August 11 Rainy Kerwin: She’s Raining Films
February 10 Rachel Holt: Putting Women in the Driver’s Seat
Home Woman to Watch Articles Videos About