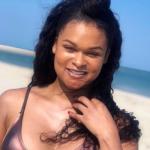 The Difference Between “She/Her” and “Them/Their”

We human beings have a hard time admitting that we don’t know much, especially if we consider ourselves “cultured.” The Human Rights Campaign dropped some knowledge about the transgender community because, the more you know, right?

The HRC defines “transgender” as “an umbrella term” describing those whose gender identity or expression doesn’t match the sex that was assigned to them when they were born. Transgender individuals span all races and ethnic backgrounds, ages and faiths. Genderqueer folks can identify as both male or female, or neither male nor female. Pronouns can be confusing, though, so it’s OK to respectfully ask what’s appropriate to say.

One of the biggest threats to the transgender community is violence. In 2013, 72 percent of LGBT homicide victims were, in fact, transgender women. There are also many other obstacles and discrimination that the transgender community faces every day: There are no comprehensive anti-discrimination laws that include gender identity. Transgender people might also face barriers to healthcare, from insurance to biased providers. Then, there’s the hurdle of changing one’s identification – and a valid ID is a requirement for just about everything.

WOMAN TO WATCH: Raquel Willis, Executive Editor at Out Magazine

For the past two decades, Out magazine has been a resource for the LGBT community and its allies. Featuring gay and lesbian perspectives on what matters, the publication has been a transformative addition to the web. Its current executive editor and our Woman to Watch is Raquel Willis. She’s a black, queer, transgender activist, writer and speaker. Basically, she’s a badass.

Out magazine has transformed over the years. It began in the early 90s with more expenses than revenue until the executives decided to pivot to a more primarily gay male audience. Like gender identity and sexuality, the magazine’s journey has been fluid, ebbing and flowing during the rise of digitization and cultural changes.

In a sense, Raquel’s story has been leading up to this role. She says that when her father passed away, she felt moved to transition and advocate for marginalized communities. She earned a degree in Magazine Journalism and Women’s Studies back in 2013, and has since been described as a thought leader.

Raquel’s advocacy is storied, from issues like trans profiling by police, to mass incarceration. During her time as a former national organizer for the Transgender Law Center, Raquel says she began the position with communications in mind. Her penchant for social justice instilled a passion to learn and understand community organization and activism.

Now, as the first queer transgender person to hold the executive editor position at Out, Raquel takes it as a great responsibility to be candid about who she is and how she got there. Growing up, she was raised in a traditional southern, Catholic family. That caused some internal strife and, as Raquel says, plenty of conversations with her family. It has been a journey.

There are so many takeaways from Raquel’s story, one of which is her belief that we should all feel safe and secure to play around with gender. While she spends her days fighting for serious issues and trans rights, Raquel reminds us that it’s OK to have fun with who you are and what you like, and that life’s too short to not be a little more fluid.

"Who knows what women can be when they are finally free to be themselves."