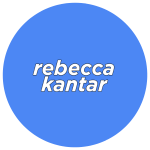 In countries like New Zealand, taking a gap year after high school is common practice. If you look back at 18-year-old you, I’m sure you would’ve agreed. I know I wasn’t ready to make any major decisions and certainly not sign my name on those student loan documents. As I’ve gotten older, I’ve realized the benefits of delaying college for even longer. I don’t know about you, but I’m more interested than ever in documentaries and Wikipedia deep dives about Chernobyl. We don’t stop the desire to learn, in fact, I think for some of us it actually increases when we aren’t forced to do so. Would you ever open up a textbook again or are you still satiating your quench for knowledge?

More men than women are getting accepted into schools that are considered top-tier. However, more than half of the United States’ bachelor’s degrees are earned by women, at 57 percent. This is seriously impressive because there are major barriers to higher education. Cost, being one, with the average cost for public tuition and board being about $20,000 a year, as well as minimum wage still sitting well below $10 an hour, and needing childcare that’s easily around $1000 a month. Despite this, women are still gettin’ those degrees.

Everyone knows the American education system is flawed and y’all know I don’t have enough time or energy to hash that out. In the 1840s, an educator came up with the idea of standardized testing as a way to replace traditional oral exams and as a way to replicate the best teaching practices. Fast forward to now, and standardized testing has been the tool, from first grade to college admissions. Rebecca Kantar wants to change that. So, she is.

Recently on the cover of Bloomberg Businessweek, Rebecca shares that she was accepted into the top-tier schools, Harvard, Yale and Princeton. She chose Harvard but then dropped out. Put simply, Imbellus’ assessments are kind of like video games. Users are placed in a natural environment where they are directed to achieve certain goals and take on various tasks. The idea is to measure the user’s decision-making skills.

There’s no doubt Rebecca’s company is making some headway, because she already has some pushback from educators. The standardized testing industry is big business, in the billion-dollar mark. Imbellus attempts to unhinge it. Rebecca says that part of the problem of these tests is that they weren’t made to adequately assess the modern skills necessary in a world that’s increasingly automated and digital.

Rebecca was born to create something new and was fortunate enough to be set up to do so. In high school, she helped create a charity to raise awareness about the child sex trade. It ultimately donated $100,000 and by 18 years old, Rebecca gave a TED talk. Now, she’s managing employees and trying to bust through a billion-dollar wall. Like a boss.

“If you want to change the default settings in the system, you’ve got to start at the top.”