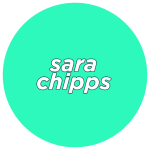 If you look at the #womenintech on Twitter, you’ll get insight about the daily happenings of coders, engineers, developers. One woman shared that she’s been contract and not only has her boss given her more projects, he’s also working on bringing her on full-time. Another shares a photo from a conference about dealing with imposter syndrome. While we constantly talk about the damaging moments in male-dominated spaces, we need to also talk about the everyday moments that leave a woman in tech smiling. There’s space at the table for women and we’re just getting started.

Social media has allowed women in tech to become influencers. Shirts like “ripped jeans, clean code” are must-haves and signing up for that extra computer course in school is encouraged. It’s a rad time to be alive. Women under 25 are 33 percent more likely to study computer science than their older peers, specifically those born before 1983. It’s cool to be into computers and women aren’t afraid to show those skills and knowledge off.

Part of what helps girls and women take an interest in STEM is mentorship. Heck, it’s a huge part. Sara Chipps is a developer who was fortunate enough to have mentors who supported and challenged her. They, of course, were men. Though they were instrumental in her growth, Sarah knew a female would be particularly advantageous.

That’s one reason why Sara created Girl Develop It! with another woman in tech. Started in 2010, Sara started with one class in New York City. It’s since grown to 60 cities and 55,000 members.

There’s a real giving mentality to the organization, which offers materials that are free to share and adapt. Some of the materials Girl Develop It! provides include HTML/CSS techniques, JavaScript, web concepts, and Github fundamentals.

Sara’s also the founder of Jewelbots, a super cool range of products that’s part craft, part code. Good Morning America called it one of the smartest gadgets, as it allows kids to learn and make something all on their own, like friendship bracelets.

Sara’s also the director of public Q&A at Stack Overflow, an open community for developers. She shares a fascinating story that has helped the company shape their user approach, and frankly, her story will probably give you one of those lightbulb moments. One day, Sara let the engineers and other staff know about a policy change, something she says seemed harmless and minor.

She got backlash. People were sharing why they objected or disagreed, all on Slack. Sara was hurt. Did they not respect her enough? Did they have to be so rude and unkind? She says she spent the weekend stewing. On Sunday, she read through the Slack conversation. To her surprise, no one was actually rude or unkind or disrespectful.

It dawned on her that the group mentality, where several people publicly disagree, can feel like an angry mob, no matter how diplomatic or reasonable it might be. Sara’s story is a great reminder to take a break and revisit a situation when you can see more clearly.

April 4 Lane Moore:
“How to be Alone”
March 14 Rhonesha Byng: She's Sharing Her Agenda
December 7 Roni Frank:
Normalizing Mental Health, the Elephant in the Room
November 28 Jane Chen: How This Baby Spacesuit is Saving Lives
July 13 Yasmin Belo-Osagie: Continent-sized Dreams
June 20 Daphne Koller: How to Get an Education in Your PJs
Home Woman to Watch Articles Videos About