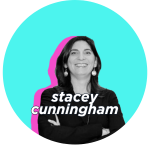 How to Make Quick Decisions

Have you ever seen someone fly into action? It’s an amazing sight. While some cave under pressure, others excel at quick decision making. One of the biggest barriers to achieving your goals is stalling. Maybe you’re a researcher. If you could just look at one more review, you’d know which computer to get. Maybe you’re shy. If you could just ask Todd to look over your email one more time, you’d get this deal rolling. Today, practice making snap decisions in low-stakes situations. Should you park in the garage or on the street? Should you wear a dress or slacks? The more you practice this muscle, the more energy you’ll have to tackle the tough issues.

When it comes to money, it’s challenging to act quickly. If it’s easy for you, then you may want to do some work on that. Only 15 percent of women in the finance industry are at the executive level. Forbes published an article that explained why women are actually better with money. They tend to spend less, and they tend to spend wisely. That seems c-suite worthy to me.

Stacey’s dad helped her land the internship, and a couple years later, Stacey earned her college degree in industrial engineering. She returned to the grand building and started her first real job as a trading-floor clerk.

In a high-pressure environment, you’d imagine it might be difficult for a new college grad, particularly a woman, to make her mark. But she did just that within the first week. They wanted her to start work on Monday, and she said she couldn’t until Wednesday. Stacey says the head of the firm asked her why. Stacey’s response? Her astrologer said Wednesday was better for “new ventures.”

She let her true self stand out in an otherwise intimidating atmosphere and it proved to be a smart move. Surprisingly, after nearly a decade, Stacey pursued another dream: culinary school. Stacey says in many ways, the environment in a restaurant is similar to the New York Stock Exchange—you must think on your feet, literally.

After she dabbled in cooking, Stacey headed to the Exchange’s big competitor: NASDAQ. She spent four years there before returning home, to the New York Stock Exchange. Stacey works 12-hour days and wouldn’t have it any other way. One piece of advice Stacey gives that is apparent with nearly every Woman to Watch we’ve featured? Your career doesn’t need to be neat and linear. Roll with the opportunities, ladies.

“It’s not about climbing a ladder…It’s about what skills you have.”