What Millennials Spend Their Money On (And How to Cut Back) 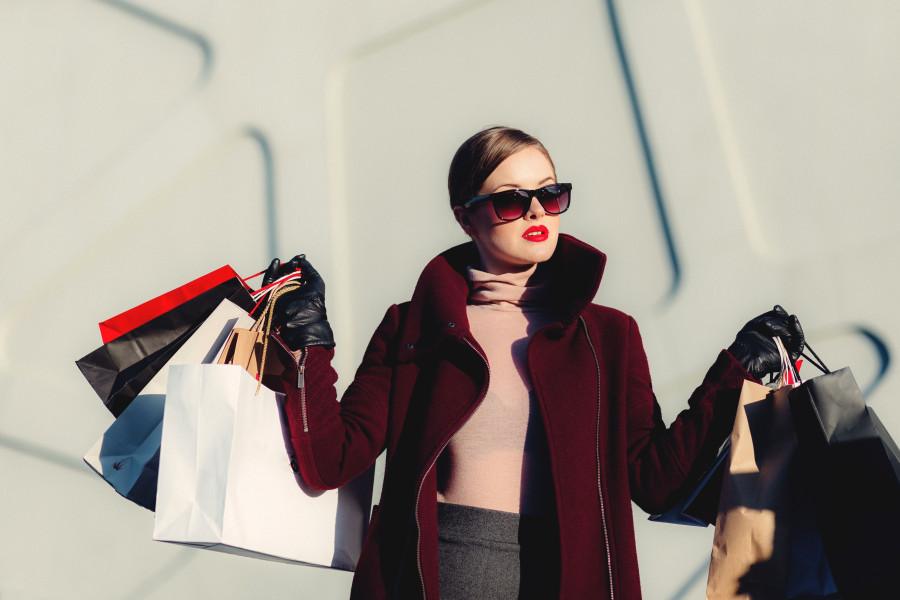 The other day, I was talking to a friend. She told me she’s trying to save up for a big vacation, but she doesn’t know how or where to get the money for it. I myself haven’t been on vacation in quite a while, but I’ve been wanting to go, and I usually complain about not having enough money to go, either. It all got me thinking: Is everyone my age just living paycheck to paycheck?

Generation X was all about saving. But now, because millennials are turning to the gig economy or working in more small businesses and startups, many don’t even have a 401k to put money towards. In fact, most of my friends are so broke that they’ll run out of money in their bank account in the days leading up to payday, and subsequently end up having to severely restrict themselves from spending money so they don't overdraft (y'all, GET overdraft protection).

In my humble opinion, this is largely an unsustainable way to live, and something’s gotta give. Let’s talk about where the heck all our money is going and how we can prevent living on just ramen for five straight days.

Housing Costs are Rising, but Our Salaries Aren’t

OK, so we already know millennials are broke. What I’m even more interested in, though, is what we’re spending our income on. NerdWallet conducted a study in 2016 and found that millennials spent an average of 74 percent of their income, a percentage slightly higher than what Gen X and baby boomers spent. The number one thing millennials spend their money on is shelter, followed by transportation.

I can attest to this statistic. The majority of my income is spent on my rent, and though I live pretty comfortably, I don’t really have much money leftover to save in the bank. Austin, where I'm currently based, is expensive: According to Forbes, the approximate income millennials needed in order to live comfortably in my city in 2017 was $54,631. However, the average income Austin residents need to live comfortably in 2018 skyrocketed to $73,163. This is a problem because the average resident here only makes about $55,216 a year.

One might advise a millennial to move to a cheaper city that also has a booming job market, like Pittsburgh or Indianapolis. Newsflash: We millennials are a ~trendy~ bunch, and the fact of the matter is we want to live in cities just as trendy (and expensive) as us, like Austin, San Francisco or New York. We’re burning holes in our wallets from wanting to out-trend one another.

Plus, All the Little Stuff Adds Up

Remember when I said I want to go on vacation (preferably a spontaneous Euro-trip?) Well, I probably could if I cut out one of my biggest expenses: coffee (aaah). I’m pretty selective about my coffee, as I usually buy a grande-something-something from Starbucks. The thing is, this seemingly insignificant daily purchase of mine weighs in at almost four bucks. If you do the math, I spend close to $100 a month just on coffee—that’s $1200 a year, which could most likely cover a Groupon package to one of those fancy European cities I want to visit.

I’m not the only one who spends a lot on coffee. Folks, we are the coffee generation. A recent study of millennials discovered 41 percent of us spent more on coffee last year than we did on saving for retirement. I know, this one was a tough one to wrap my head around, too.

The kicker is now that I know how much I spend on coffee, am I going to give it up? No. But, at least now you all know where your money is going, and you can make an informed decision about what you want to do with it moving forward.

Last year, 41 percent of millennials spent more on coffee than they did on saving for retirement.

Our Expenses Will Keep Increasing. Here’s How to Keep Up.

So we’ve established that a) the cost of living in trendy cities will continue to rise, and b) you probably aren’t going to give up your daily Starbucks (ugh, no wonder they’re a multi-billion dollar corporation). Here’s how to live comfortably and still have money in your savings account:

Lower your rent and live with roommates. I’ve lived with roommates in the past, but this year, I chose to live alone. While the peace and quiet of a studio apartment is always nice, I have to admit I can get pretty lonely. Not to mention that because I live alone, I pay twice as much for rent as I would if I lived with at least one other person.

Be smart and don’t funnel all your money into your rent. In general, it’s best to stick to the 50/30/20 rule: About 30% of your monthly income should go toward your rent. Any more than that, and you’ll have a tough time saving anything up.

Use this nifty trick to get out of student loan debt. Interview coach Sarah Johnston is no stranger to student loans; she and her husband have been paying off his grad school loans for years with the help of the government (yep, you read that correctly). Apparently, the federal government will forgive your student loan balance after you make 10 years worth of qualifying payments, under the condition that you work full-time for either a government agency or nonprofit. She advises millennials drowning in student loan debt to seriously consider this option.

If you're drowning in student loan debt, listen up: The federal government will forgive your student loan balance after you make 10 years worth of qualifying payments, under the condition that you work full-time for either a government agency or nonprofit.

Instead of asking for a raise at your current job, quit and find a new one. According to data from the Federal Reserve Bank of America, people who change jobs earned an annual salary increase of 48 percent, compared to their peers who stayed at their jobs. So, while asking for a raise at your current gig may get you more money, taking a leap of faith and changing jobs altogether could get you the actual amount you feel you deserve.

Re-evaluate what’s a luxury and what’s a necessity. Let’s say you want to go on vacation this year. Do you really need to spend money on that Apple watch, or should you put that money toward the vacation you feel you need? To actually have spending money leftover—AKA money that isn’t spent on rent, food, or other bills—you’ve got to budget, plain and simple.

There are no fast tips or tricks to good spending habits. In order to have money, you’ve got to save it, and while it’s a habit that takes time to learn, it’s one you’ll use for the rest of your life. Thank me later.