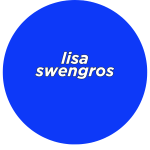 FIRST THOUGHT:What's in Our Skincare?

This weekend, I did something for the very first time. I got…a chemical peel. Now, my first thought goes straight to that Sex in the City episode when Samantha ends up with a face not unlike an heirloom tomato. Not going to lie, I was nervous. With every layer, I survived the stinging. I surprised myself, though. When the esthetician asked me to rate the burn from 1–10, I told her the truth. I didn’t diminish what I felt. That’s my gut move, to downplay the negative. So, after my sizzling foray in the spa chair, I feel proud of myself for telling it like it is. What’s something you’ve done recently that has you patting yourself on the back?

One of my friends said she wanted to go to the gym and my older friend replied, oh you don’t need to go yet; just wait a decade and you’ll be forced to. Age is fickle. It’s a privilege but it’s also hard to let go of who we once were. While my face is literally peeling off, women of all ages are launching new businesses at any stage. In fact, 52 percent of women in business are over 50 years old.

Back in 2009, Lisa Swengros was your regular workin’ woman. She was 37, with two kids, had made quite the career as a financial analyst and was a trained accountant and auditor. Then, she was diagnosed with a brain tumor and given six months to live. Lisa changed everything about her life after that.

She legally changed her name to Indie Lee, as a way to rebrand herself as “independent Lisa.” Indie Lee quit her job which had become difficult as her vision suffered due to the tumor. She dived into the organic food movement and sold her jewelry to fund an idea she had for a skincare line.

Doctors had explained to her that the tumor was not cancerous but stemmed from her environment. Yeah, kind of surprising right? That’s what spurred her to reevaluate her beauty routine, tossing traditional perfumes and anti-aging creams.

Indie Lee underwent surgery and has been healthy ever since. Now, Indie Lee has become a full-fledged skincare line. It started with a body scrub, developed by a host of dermatologists, holistic doctors and a chemist. Everything’s made in the United States, FDA-approved and without a trace of synthetic ingredients.

One of the many ways in which Indie Lee appeals to the die-hard eco-conscious folks and the newbies is that she believes everything in moderation. For instance, she says if she wants to put on her new Chanel lipstick, she will. Healthy-for-you skincare matters, and not stressing out about it all matters too.

“Surround yourself with people who force you to level up.”