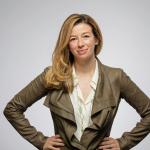 FIRST THOUGHT: Talk it Out

Let’s talk about setting yourself up for failure. I was chatting with a friend who complained about how her daughter always goes into the bathroom and unrolls the toilet paper, ninja cat style. “Why don’t you close the door?” I asked. “She does sometimes,” she said, “but doesn’t always remember.”

We all have these situations, when we get the same results by trying the same thing over and over again: Close the door. Leave 10 minutes early so you’re not 10 minutes late. Fold the laundry immediately to avoid the wrinkles you hate so much. Sometimes, the simplest fixes are the ones we rebel against the most. So, today, write down a few of your consistent complaints. Talk about them with a friend and see if a solution surfaces.

As adults, our bad or annoying habits can be hard to recognize. I’ll answer this text later becomes Oops, I forgot to text back. With kids, you literally see the toilet paper on the floor, and it’s infuriating. Adults and children alike perform better with structure, whether they want to admit it or not. Six in 10 kids between the ages of 6 and 17 participate in one daily activity. That routine can prove crucial for setting them up for success later down the road.

For the love of all things chill, don’t expect your kid to play in five sports, achieve honor roll and clean their room. Mothers often have high expectations for their kids (and themselves). So as you see your Insta-mom friends going from event to event this summer, avoid comparison, and devise what will work for you and your family. Marissa Evans Alden started an online marketplace called Sawyer with kiddos in mind.

Sawyer has been called the “OpenTable for Education.” More than 100,000 parents and guardians use Sawyer to find activities for their children that are educational and, of course, fun. It’s a way to cut through the chaos of a general Internet search or social media conversation, and find meaningful activities for your kids in your area.

Marissa has been a New York City tech entrepreneur for years. She first created a fashion app called Go Try It On. It was acquired in 2014, and then, Marissa joined Rent the Runway to help it grow. Now, as the founder and CEO of Sawyer, Marissa says she’s part of an industry with limitless possibilities.

Sawyer is hiring for a handful of positions in its Brooklyn office, which already houses 40+ employees. Using data scientists and design experts, Sawyer understands that achieving success isn’t just about a website that works; it has to be intuitive and beautiful, too. While adding more activities to a busy mama’s schedule seems like the last thing she may want, it’s actually helpful to streamline the process. Because, hey, the worst part about an activity isn’t the activity itself; it’s the act of trying to find it.

Not every child has access to educational activities. Marissa and her team did some research on the biggest barriers to outside-of-school activities, which are language, technology and transportation. They then selected a few students to participate in three weeks of camp for free, with the goal to broaden their efforts to address the underserved.

Yes, Sawyer is all about helping kids. But it’s also about helping all the busy mamas out there who are crushing it in work and at home.

"I attribute my success to this: I never gave or took an excuse."