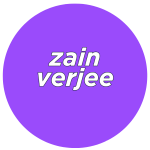 The CNN Anchor with a Secret

Journalism can be kind of, well, intimidating. It’s like that movie Spotlight: You mean, being a journalist requires knocking on creepy priests’ doors, taking detailed notes and dealing with red tape? Not always. Part of what makes journalism an exciting career path is that experiential learning is just as valuable as formal education.

If you want to be a journalist, find a mentor or person in the industry to shadow or act as an apprentice. Be persistent. One director at Vox Media says to not shy away from consistent emails, because your top priority might be their lowest. Remind the person of your worth but also, most importantly, your passion.

Zain Verjee has been a boots-on-the-ground journalist for the last decade and a half. There was one moment in 1998 that solidified her career path. At the time, Zain had been hosting a mid-morning radio show in Nairobi, Kenya. She heard a bang, felt the building shake and saw smoke coming from downtown. Someone had bombed The United States Embassy. Zain says this event shifted her interest from entertainment news to hard-hitting journalism.

You might recognize Zain’s name if you watch CNN. She’s served as an anchor and correspondent for the network, and currently hosts a show called “Newsroom” for CNN Live in London. Zain mostly trained on the job, but she suggests women interested in this industry take as many free, online opportunities available.

She’s since co-founded a digital media platform focused on Africa, called aKoma Media. After years of telling global stories, Zain discovered something: every person, every country, every continent has stories worth sharing. Zain was born with a worldly mindset, as a woman with South Indian heritage who grew up in Kenya, and later, Canada.

aKoma is a collection of content creators and brand development from savvy industry experts in Africa. There are several innovative areas of aKoma, like an open-source platform with resources that creators can use for their next big project.

One of the areas of aKoma that’s impressive is its Amplify Fellowship. Zain calls it a “creative lab for the next generation of storytellers.” It’s a six-month-long paid experience for aspiring videographers, photographers, writers and creatives.

Being in front of the camera comes naturally to Zain, but make no mistake about it: she hasn’t always been drawn to the spotlight. A few years ago, she shared a secret she’s kept since she was 8 years old, something that’s diminished her self-esteem and reduced her presence. Zain suffers from psoriasis, an often-painful skin disease. At 22 years old, Zain went on a visit to Israel’s Dead Sea, only to be asked to leave the pool.

Zain shares another secret: No one has it all. You do the best you can with what you’ve got, and you forge ahead. She didn’t let her psoriasis stop her, and now, she’s achieving more than she ever thought possible.

"Be stubborn and thick-skinned. Because I think even if you're passionate, and even if you're really good at what you do, I think you are likely to be subject to preconceived notions of who can do what."