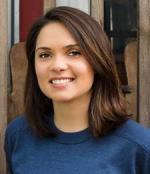 Career Pivots Can Be Easy (and Delicious)

FIRST THOUGHT: In the Bank

Someone on Reddit asked the Internet: What’s your favorite part of your job? A thousand or more responses later, some trends emerge: Flexibility was a top contender, or being able to arrive at work within a time frame rather than a specific time. Managing oneself also surfaced, with a long list of grievances about micromanaging. The kids who have high school jobs said “free pizza,” while mid-career peeps talked about losing themselves in their work.

But what it all came down to? Getting paid. We talk a heck of a lot about seeking out fulfilling work, but sometimes, you have to remember the other important benefit of your job—no matter what it is—and that’s money in the bank.

WOMEN IN NUMBERS: More than a Third

Alongside Instagram posts about “finding your calling,” you also see fresh acai bowls and farmer’s market hauls. It’s no secret that eating well can be expensive. Frozen veggies and fruits are often the only option for some people, and fortunately, it’s been shown that they’re pretty much as nutritious as fresh produce. More than a third of households in the United States are fond of frozen snacks- though something tells me most people bypass peas for the Pizza Rolls.

Now that it’s summertime and I start sweating just walking to my car, the idea of opening up a cold freezer sounds like a spa day. Our Woman to Watch is in the frozen food industry and will give you a reason to head to the grocery store, ASAP. Junea Rocha might sound familiar to you if you watch the hit show Shark Tank. She’s the co-founder of Brazi Bites, a naturally gluten-free frozen snack.

Junea traveled to the United States from Brazil, where she was a civil engineer. She spent a handful of years in project management at a construction company. Building on what she knew, Junea and her hubby started producing their spin on the native Brazilian bread, pão de queijo.

Brazi Bites are ready-to-bake snacks, something Brazilians would chow down on as a midday snack. Made from tapioca flour, you can now find them at most big chains, like Target and Kroger. No joke: after I finish writing this I’m headed to my local store. There are a few different cheese flavors and a newly released cinnamon churro that has my name on it.

Now, in its nearly 10th year, Brazi Bites has seen immense growth, scaling to a size that was unimaginable for Junea. Junea has been open to the strategic growth, or rather, she helped generate the growth in the first place with expert company moves. She decided to sell a majority stake of the business to a private equity firm. That’s a big deal, and it was certainly a hard choice. It’s also what has led Brazi Bites’s direction as a purveyor of Latin snacking foods.

Putting yourself, your culture, your food out there isn’t easy. It can be daunting and scary and hard to be vulnerable. Junea did it though; you can, too.

Not everyone is a natural leader, but those skills can be learned. Check out Junea Rocha’s five leadership lessons that she learned from building her business by clicking here or heading over to OnTheDotWoman.com!

What I love about Junea Rocha’s story is that she spent more than a decade studying and working as an engineer. Then, she welcomed a new season of her life as an entrepreneur, unafraid to take on new challenges and a new identity.

"One of the most courageous things you can do is identify yourself, know who you are, what you believe in and where you want to go."